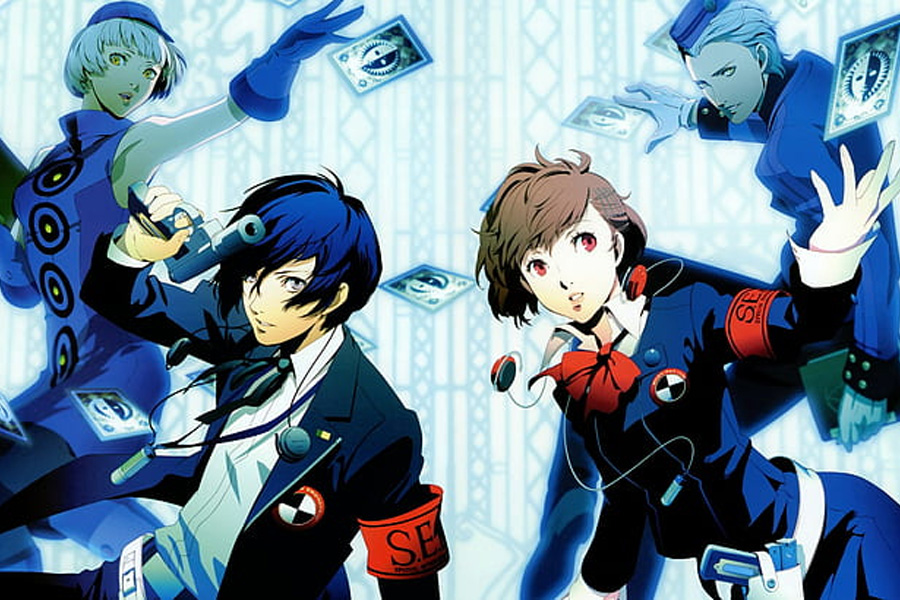 Shin Megami Tensei V is an RPG game, but it can be intimidating for new players. Use these tips to get started and win fights with ease!

The Shin Megami Tensei series is one of the most beloved franchises in JRPG history. While the franchise has seen a number of changes over its lifetime, it’s still fresh and satisfying to play with each new entry. If you are looking for something more strategic than Monster Hunter World, look no further!Shin Megami Tensei is a classic RPG series that has been around for decades. With the release of Shin Megami Tensei V, players can enjoy what makes this game different from other RPGs. From the new combat system to some powerful demons, there are plenty of things to explore and learn about in SMTV.

Shin Megami Tensei V is a game that can be played by both newbies and veterans alike. It has some great tips and tricks to help players get started, so here are some of the best ones.

Did you know that the Megami Tensei series is one of the longest-running JRPG series in history? The first game was released the same year as the first Final Fantasy, and both were released barely a year after the first Dragon Quest. Most people nowadays are familiar with Megami Tensei largely via the Persona series, however this backfired when Shin Megami Tensei IV was released, since the mainstream series is much more brutal than Persona.

The Press Turn System is number one.

The Press Turn mechanism, which is a cornerstone of mainline MegaTen, is your first and biggest motivation to sleuth out and exploit opponent vulnerabilities. You receive four movements shared by your whole party at the start of your turn, providing you have a complete team of four. One of your move indications will begin flashing if you hit an adversary with an attack that they are weak against or score a critical hit. Flashing moves are handed on to the next member of your party instead of being used up, and if they exploit flaws, additional moves will start flashing. If all four members of your party successfully exploit a vulnerability, they will each have a second chance to attack before the enemy’s turn. This is how you may keep the pressure on an adversary while still healing and buffing.

This system, though, isn’t just for you; if an adversary takes advantage of one of your flaws, they’ll get additional turns as well, which is why you’ll need resistances to their elements as well as great agility for avoiding. If an assault is negated or misses entirely, the team who fired it will lose two moves. It’s also worth noting that you only receive one move for each member of your team, so if one of your demons dies, your next round will only have movements for the remaining three. To regain your full movements, you should swiftly resurrect them or replace them with another demon.

You may choose to chat to any demons on the opposing side in any non-scripted combat engagement in order to recruit them. They’ll ask you a question first, and if you respond appropriately, you’ll go on to bargaining, where they’ll ask for Macca, products, or a portion of your life. Unfortunately, demons are fickle, and there are no definite proper answers to their questions or demands, so you’ll have to guess what they want to hear. Just keep in mind that you won’t be able to recruit any demons with a greater rank than you.

You may visit the World of Shadows via the Leyline Founts for some demon fusion if your demons have leveled up and gained some new talents. You may merge any two demons together to create a stronger one, gaining some of their talents in the process. Each demon has unique potentials for various skills and ingredients, so with a little creative fusing, you may make demons who specialize in a variety of tasks. You should make it a practice to fuse any demons that don’t have any more abilities to learn, since higher-level demons have superior skills and stats. You may even wish to acquire demons that you don’t need for the sole purpose of fusing them. It’s OK; they don’t seem to mind.

Apotheosis is the third kind of apotheosis.

The Apotheosis systems, which are new to Shin Megami Tensei V, are meant to empower your protagonist. You see, unlike your subordinate demons, you can’t combine your protagonist to gain new talents or affinities; leveling up only boosts your numbers. Instead, you may utilize demon essences from all around the globe to strengthen him via Essence Fusion. You may use the Essence of a demon to teach your protagonist whatever talent the demon has (barring certain Unique Skills). You may even pass on extra alterations like elemental affinities by accessing specific Miracles. Consider it as if you were changing your weapons and armor.

Apotheosis is divided into two parts, one of which is Miracles and the other is Apotheosis. Miracles are passive powers that may be unlocked to improve or add totally new skills to your protagonist. There are four different types of miracles:

Miracles are unlocked with Glory, a supplementary currency. Glory may be found in tiny quantities by finding Mimans, Gustave’s minions, and in greater amounts by opening white Glory crystals located in the overworld. Before specializing, remember to think carefully about where you spend your Glory and to consider your unique playstyle.

4. Macca and Its Many Applications

Macca is the principal money in the world of demons. When you win a combat, you’ll get some Macca, and you can locate more in search areas and treasure crystals. You should also keep an eye out for vending machines, since they contain relics that you may sell to Gustave for a profit at Cadaver’s Hollow. Make a note of any vending machines you come across, since they will reload their relics on a regular basis.

It’s critical that you have a few thousand Macca on hand at all times. Macca is required to recover your team’s health at Leyline Founts, in addition to purchasing combat gear from Gustave. Additionally, while bargaining with demons, a few hundred Macca is a usual requirement. Finally, if you wish to call a previously held demon from the World of Shadows’ demon compendium, you’ll need another stack of Macca. Basically, you don’t have nearly enough Macca if you can’t afford to burn at least a thousand at a moment’s notice.

At the best of times, MegaTen games are brutal. Your demons may be resurrected if they are slain, but if your protagonist is killed, the game is over. Even if you’re in excellent standing, an unfortunate meeting with an adversary who has talents you’re weak against might result in a quick and painful death. There are no second chances in this game; if you die, you’ll be sent back to the title screen. As a result, you should save your progress at a Leyline Fount whenever possible. Even if you don’t make much progress, you should go back and save your work on a regular basis to ensure you don’t lose anything crucial.

After defeating the first big monster in Tokyo Tower, you’ll be handed the Return Pillar, which is a useful tool. You may use it to warp back to the previous Leyline Fount you interacted with at any moment in the field. Because the Return Pillar is a permanent item, don’t worry about depleting it; if you’re ever in a need, don’t go overboard. Return to the Fount, cure yourself, and SAVE.

That concludes our Shin Megami Tensei V beginning tips and techniques. As of November 12, 2021, the game will be released globally on Nintendo Switch.

Shin Megami Tensei V is a game that has been released for the Nintendo 3DS. It is an RPG with a lot of depth, so it can be overwhelming to new players. There are many tips and tricks that will help you get started in the game. Reference: smt v amanozako.