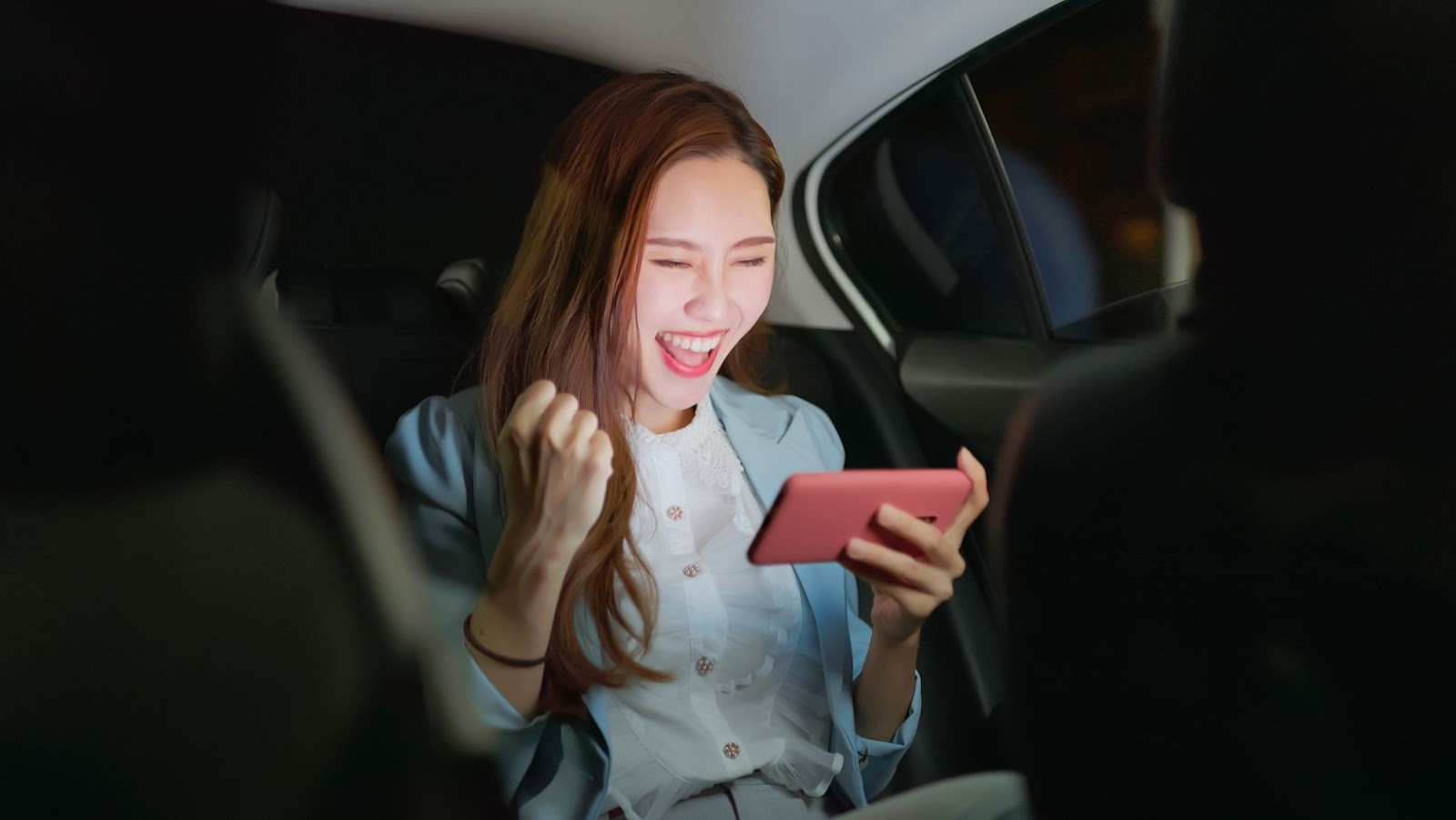 On September 4, 2020, the world’s leading gaming and social media company Tencent announced a strategic investment in DouYu International Holdings Limited (DouYu), a leading game streaming platform. The investment will give Tencent a significant minority stake in the company. However, the exact amount of this tie-up between the two companies remains undisclosed.

With this deal, both parties aim to further strengthen their respective spaces and create powerful synergies as they explore strategic cooperation opportunities across various verticals such as service promotion, content integration and technology sharing. This collaboration is expected to accelerate their respective platforms’ user growth, improve their user experiences, increase efficiency in service management and propel the entire industry forward.

Furthermore, Tencent’s deep knowledge of content production, operation management and monetization strategies coupled with Douyu’s strong infrastructure capabilities can be combined to rapidly develop new capabilities that create better experiences for users on both sides. This will give them access to many potential users and provide them with more excellent game products and services in multiple countries like China, America and India – opening up new possibilities for expansion into further markets worldwide.

In late 2020, tech giant Tencent proposed to purchase a controlling stake in game streaming platform DouYu. This proposed deal would have given Tencent an important foothold in the rapidly growing Chinese gaming industry. However, in early 2021, the Chinese government regulator reviewed the agreement and rejected the deal.

In this article, we will look at the background of the transaction and why it was rejected.

In December 2018, Tencent, who already owned a 17.6% stake in the leading game streaming platform DouYu, announced it was increasing its equity to more than 30%. According to the agreement between Tencent and DouYu, Tencent had the right to purchase 10.5 billion new shares of DouYu at CNY 3.75 each. The deal was estimated to cost Tencent nearly US$618 million and further strengthen its leading position in the Chinese gaming market.

The purpose of this move was clear: by increasing its ownership of DouYu, Tencent would gain direct access to additional data about player behaviour and insights into user preferences for streamed video games. This would allow Tencent – already a major player in online gaming with titles such as Honour of Kings and Arena of Valor – to better understand consumer trends and offer more tailored content and experiences on its platforms, including WeChat and QQ Music.

Additionally, this increased ownership could facilitate closer collaboration between Tencent games and DouYu’s streaming platform regarding marketing opportunities and monetization strategies for their respective products; thus allowing both companies to unlock synergies and drive further growth for their services within China’s booming livestreaming ecosystem.

DouYu’s Growth in the Market

Before Tencent’s investment, DouYu had seen impressive growth. The platform had established itself as the leading game streaming platform in China and, by 2017, had already generated 1 million live streams and achieved more than 150 million monthly active users (MAUs). It was also the leader in market share at 66% of four live streaming platforms in China. In addition, DouYu consistently captured the top spot with most monthly active users throughout 2018 and 2019.

In December 2018, Tencent announced it would acquire a majority stake in DouYu. Tencent purchased 61% of DouYu’s existing common equity for US$619 million cash and provided a loan of up to US$1 billion for user acquisition efforts for five years. Tencent then made an offer to purchase the remaining stake held by minority shareholders for US$539 million using the same cash plus loan mechanism which was completed in April 2019, making it the biggest game streaming platform in China.

The deal demonstrated Tencent’s desire to use its expansive network of games and tools from WeChat to supercharge revenue on its video platforms such as Kwai and rival services such as Douyu.

Reasons Behind the Rejection

The Chinese market watchdog has recently denied the approval of a game streaming service deal between Tencent and DouYu, a game streaming platform. The reason for the rejection is unclear, however there are some speculations about the potential reasons behind it.

This article will explore the possible reasons why the Chinese market watchdog rejected the deal:

One of the many potential problems that lead to the rejection of the Tencent and DouYu merger bid is that it could produce a monopoly in the market. In this case, Tencent is attempting to acquire one of its largest competitors in DouYu, which could potentially create an anti-competitive environment – where there is only one dominant player in the game streaming market.

It can be argued that this merger would significantly lessen competition by reducing choices for consumers, limiting access to services and overcharging them. Moreover, such a move can harm innovation and consumer welfare as it reduces incentives for firms to find new solutions or provide quality products. Furthermore, setting prices too high may stunt economic development and lead to higher unemployment rates due to its negative impact on businesses’ profitability.

The Competition Commission believes that if successful, this deal would undermine competitiveness in the industry by creating a situation where only one major provider exists with no others able or preferred enough for users to choose from. Additionally, other aspects of this potential combination remained a concern among regulators such as their ability to operate outside of competition law (which is already happening).

The proposed acquisition of game streaming platform DouYu by Chinese tech giant Tencent hit a roadblock, when the U.S. Committee on Foreign Investment in the United States (CFIUS) expressed concerns about the data collection practices of both companies, and raised doubts over Tencent’s intentions for acquiring the company.

The legitimate concerns on data gathering have been growing worldwide due to rapid technological advancements and big-techs’ expansive business reach. However, in this particular case CFIUS feared that Chinese authorities could access confidential user data, such as birthdays, addresses and other personal information that might be handled by Tencent, who has a long history of working with the Chinese government on technology infrastructure projects.

Furthermore, CFIUS was worried that Tencent may use this access as an extendable arm to stimulate business transactions, leading to unfair competition in overseas markets where DouYu operates.

With its ever-growing presence in the international markets and beyond Chinese borders, allegations of monopoly have often been directed at Tencent for its popular communication platform WeChat which has almost become synonymous with messaging in China. The rise of digital platforms has introduced new ways through which companies can expand their influence past regional boundaries and gain economic control over users’ behaviour with data-driven strategies that are difficult to track or contain.

Impact of the Rejection

This week saw the rejection of a Tencent-led game streaming deal between DouYu and Tencent. This deal would have seen Tencent acquire a majority stake in the DouYu platform. The Chinese government’s decision to reject the deal has raised questions about the future of the Chinese gaming industry.

In this article, we’ll take a look at the potential impacts of the rejection on Tencent’s business strategy and the gaming industry in general:

The rejection of the proposed deal by Chinese regulators has left DouYu International in a difficult position. Amid the already-choppy markets, the news that Tencent would not be increasing their stake in the company sent its share price crashing to new lows, erasing market gains made during 2020. Additionally, it created further instability in an industry that had already faced significant financial challenges before the pandemic hit.

Going forward, DouYu’s future is uncertain. The company currently holds a commanding presence in China’s streaming market. Still, it will need to diversify its sources of revenue and find ways to diversify and protect itself from any shifts in consumer tastes. With Tencent now removed from any potential deal, no obvious suitors have expressed an interest so far. It is possible that a strategic partnership or venture could arise to help DouYu expand into new markets and offer more resources; however, it remains to be seen if this will come to fruition anytime soon.

The relationship between Tencent and Douyu has been murky since the rejection was first announced. However, both companies have remained committed publicly to continuing their collaboration on streaming platforms when appropriate. As such, while there is uncertainty surrounding what Douyu’s next steps may be, they may still benefit from existing collaborations with Tencent to stay competitive going forward despite their current position as uncertain as ever.

Impact on the Chinese Streaming Market

Firstly, questions have been raised by investors regarding the future performance of key investments in the industry. With DouYu being 30%-owned by Tencent, rival streaming platforms may gain an edge over their competitors as they seek to take advantage of any potential gaps created by ill-fated acquisition prospects. As a result, smaller operators in existing partnerships with Tencent could be at risk if those partnerships no longer perform optimally.

Secondly, there may be a slowdown in growth momentum for the sector due to restraint from a more cautious regulatory stance regarding mergers and acquisitions within China’s internet space. This could affect both public and private companies involved in streaming activities within China looking for greater collaboration and consolidation opportunities with larger players or competitors.

Thirdly, consumer uncertainty is likely to emerge as prominent players now need to reconsider their current strategies to remain competitive if not surpass rivals post-DouYu rejection developments. Thus far, game players have generally provided strong unwavering support for these services due to consolidation moves leading towards smoother gameplay experiences; however there may be hesitation from consumers during this transition period which may result in a decline in consumer buying behaviour patterns on some gaming platforms momentarily until normalcy resumes once again.

The partnership between Tencent and DouYu marks a milestone for the booming Chinese e-gaming market and further establishes Tencent as the leader in the arena. Not only does this acquisition grant Tencent a greater access to game streaming content, but this also allows them to take advantage of DouYu’s extensive user base. With this entry into the game streaming space, Tencent will have no holding back.

Tencent’s deal with DouYu is an attractive investment for both parties involved and will surely result in mutual benefit from their respective expertise and resources. In addition, with optimised marketing efforts from both companies, their collaboration could potentially open up new opportunities that have yet to be explored in the gaming industry. Particularly, Tencent’s plan to integrate its current platforms with DouYu may see interesting results in terms of usage rate – not to forget the strategic flexibilities being given out by combining fan bases. As long as Tencent is willing to share its resources and provide continuous support, it is anticipated that this joint effort of producing high-quality contents can lead both companies into long-term success without fail. 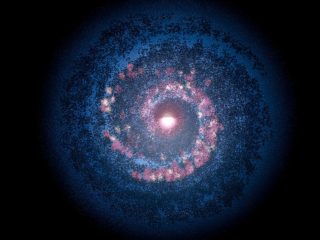