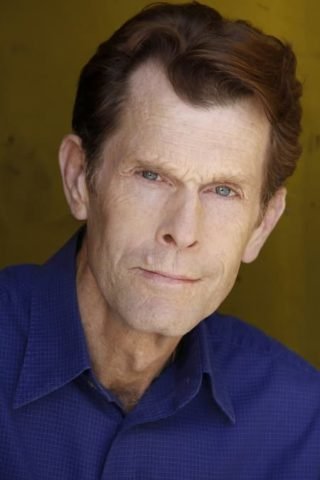 The voice actors behind your favorite heroes and villains are the unsung stars of gaming. In a recent match, I got to talk with one such professional who shared what it was like recording lines for popular games, how she handles her social media following, and her best advice for aspiring gamers.

The MultiVersus team have announced their voice actors for this year’s World Cyber Games, but the industry has not heard of many esports personalities in its history. Esports is still a relatively new phenomenon, so who are these people behind the scenes?

The “superfriends voice cast” is a group of actors that are in charge of voicing the characters in MultiVersus.

MultiVersus is a team-based platform combatant that includes a number of Warner Bros. characters. You may recognize some popular voices in this game, which will be released for PlayStation 4, PlayStation 5, Xbox One, Xbox Series X/S, and PC with strong multiplayer features for playing with your pals. It’s challenging to complete projects like this since companies aren’t always able to get the original voice performers. There are many recognized voices associated with these famous characters in MultiVersus.

Kevin Conroy returns as Batman, a character he has performed in a number of animated programs, films, and video games, including Injustice. His most famous portrayal as the masked vigilante is from Batman: The Animated Series, which aired in the 1990s.

George Newbern, well known for his portrayal as Superman in Justice League and Justice League Unlimited, takes the wheel here. In the Kingdom Hearts and Final Fantasy series, Newbern has also voiced Sephiroth.

Wonder Woman is played by Abby Trott in this film. Nezuko from Demon Slayer and Tae Takemi from Persona 5 Royal are two of her most well-known recent roles.

Tara Strong reprises her role as the infamous Harley Quinn. Tara Strong has voiced the crazy Batman villain in a variety of mediums, from the Batman Arkham trilogy to the Injustice series, albeit she is not the first to do so. Timmy from The Fairly Odd Parents and Bubbles from The Powerpuff Girls are two more notable parts.

He isn’t the original Shaggy voice actor, and he doesn’t appear in any recent Scooby Doo material, but he is one of the most well-known. Matthew Lillard is most known for his live-action depiction of Shaggy in the Scooby Doo movies of the 2000s, as well as one of the original Scream villains.

As both the wisecracking rabbit and the inseparable couple, Eric Bauza takes the lead. He is one of Bugs Bunny’s more recent voices, although you may recognize him as Stimpy from Ren and Stimpy.

Maisie Williams reprises her role as Arya Stark from the Game of Thrones television series in a video game. While this is her most well-known character, Williams has also appeared in other notable roles, such as Ashildr from Doctor Who.

Jake the Dog by John DiMaggio

John DiMaggio is most known for playing Bender from Futurama and Marcus Fenix in Gears of War, but that’s not all. DiMaggio is well known for being the voice of Jake from Adventure Time.

Jeremy reprises his role as Finn with his Adventure Time co-star. Shada is also a musician who continues to compose music under his true name, despite having been in previous games such as Cookie Run: Kingdom.

Daniel DiVenere is one of the few confirmed performers that has no prior experience playing the character. Zach Callison provided the voice for the original character, although DiVenere has much acting expertise. You’re probably familiar with him as Chandler from The Loud House.

In Steven Universe, on the other hand, Estelle is Garnet’s original voice. She is most recognized in the music business as a composer, rapper, vocalist, and music producer, despite having additional acting credentials.

Reindog is a MultiVersus character that was designed specifically for the game.

The “superfriends cast” is a group of voice actors that have worked on many different games. They are known for their work in the game MultiVersus.