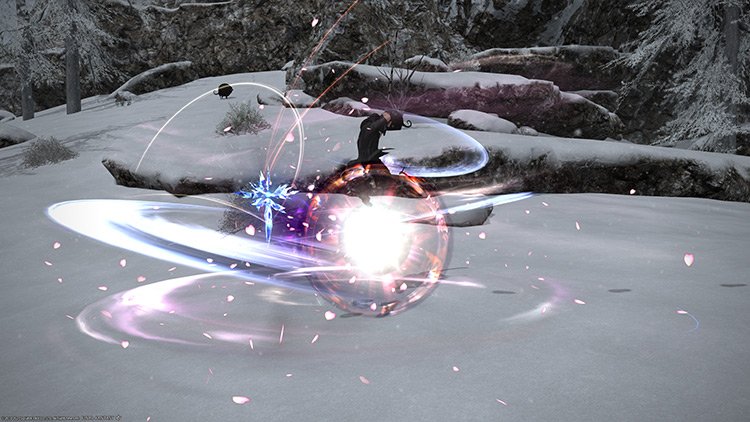 The Global Cooldown (GCD) is a system that was implemented in Final Fantasy XIV to ensure that players could not spam skills and spells.

A global cooldown is a mechanic that is present in some MMO games, such as Final Fantasy XIV. It prevents players from performing actions for a short period of time after each other.

The Global Cooldown (sometimes shortened as GCD) is a timer that affects a large number of your character’s abilities. You won’t be able to use any other abilities that share the GCD for 2.5 seconds if you use one of them.

Basically, this is simply a matter of nomenclature.

If you’re reading into your character’s cycle, you’ll often hear talents referred to as “GCD” or “oGCD,” as well as the many possible problems that come with comprehending weaving/double-weaving.

When you use one ability, a lot of additional abilities will be grayed out for 2.5 seconds, preventing you from casting them.

On paper, it may not seem to be a significant amount of time. But in the midst of battle, it mounts up quickly.

Some people complain that XIV’s GCD is too sluggish, and this may be true at initially.

GCDs may be immediate or take time to cast.

But they’re a GCD talent as long as they have the 2.5 second timer.

They’re oGCD if they have a longer duration.

That’s all there is to it.

What Are The Benefits Of Using GCD/oGCD Timers?

On the most basic level, they determine how the game’s fighting feels.

It’s all about the timing and what you can do in the 2.5 seconds between button pushes.

While those 2.5 seconds tick by, you should be studying which oGCD abilities are the most effective to employ.

They may be utilized for a number of reasons in between your regular skill cycles.

Weaving is the term for the process of utilizing an oGCD between GCD usage.

After you’ve gotten used to the idea of weaving, 2.5 seconds between skill usage doesn’t seem that bad. It’s brimming with possibilities!

How to Tell the Difference Between GCD and oGCD Actions

Hover over the skill to see the recast time mentioned in the tooltip.

Alternatively, keep an eye out for whatever abilities get grayed out when you perform a spell.

Reading up on your rotation is the greatest way to learn how to get the most out of your abilities, and I’d suggest utilizing a site like Salted XIV to do so.

You’ll be able to tell which abilities are part of your GCD rotation and which of your oGCD talents are ideal to weave with this manner.

Can I Lower My GCD?

Yes, but you may not notice a significant change.

Stacking some secondary attributes, such as Skill Speed, may reduce the GCD by a little amount, although this isn’t necessary for everyone.

It can, however, offer certain occupations a little more breathing space in their cycle.

Some professions gain skills that reduce their GCD. Greased Lightning is a boost given to monks that lowers recast time by 5% and stacks up to four times for a total reduction of 20%.

Because of this, Monk sometimes seems like the fastest job in the game.

So, if you’re looking for a fast-paced career, Monk may be worth considering.

To be honest, I don’t think the goal should be to decrease the GCD by stacking metrics.

When the GCD is active, it should be leveling up and learning new abilities.

It may be a strange transition (particularly if you’re coming from another MMO). But once you’ve spent some time getting to know it on a deeper level, it’ll feel fantastic.

The ff14 faster gcd is a global cooldown that was introduced in the Final Fantasy XIV expansion, Heavensward. The GCD can be used to perform actions more quickly than without it.

{“@context”:”https://schema.org”,”@type”:”FAQPage”,”mainEntity”:[{“@type”:”Question”,”name”:”What is oGCD and GCD Ffxiv?”,”acceptedAnswer”:{“@type”:”Answer”,”text”:”
The acronym oGCD stands for one global cooldown and GCD stands for global cooldown delay. In a game like FFXIV, the player can perform an action such as attacking or healing during a certain time frame. If this is done too quickly, the player will have to wait before they can perform that action again.”}},{“@type”:”Question”,”name”:”Does skill speed lower GCD?”,”acceptedAnswer”:{“@type”:”Answer”,”text”:”
The short answer is no.”}},{“@type”:”Question”,”name”:”What is global cooldown?”,”acceptedAnswer”:{“@type”:”Answer”,”text”:”
Global Cooldown is a mechanic in games that prevents players from performing actions for a short period of time.”}}]}

What is oGCD and GCD Ffxiv?

The short answer is no.

What is global cooldown?

Global Cooldown is a mechanic in games that prevents players from performing actions for a short period of time.